A ten-day tour of Fèisean nan Gàidheal’s new Gaelic language play ‘Seirm na Sìde’ began on Monday 23rd April with performances at Mount Cameron Primary, East Kilbride and Sgoil na Coille Nuaidhe, Kilmarnock.  Suitable for young children of nursery and lower primary age, the two characters in the play, Hùb and Hàb, introduce the audience to various features of the weather and the colours of the rainbow using Gaelic song and puppetry.

The tour will run until Friday 4th May visiting schools and nurseries in Cumbernauld, Glasgow, Bishopbriggs, Stirling, Aberfeldy, Perth, Greenock, Dunoon, Oban, Appin and the Isle of Mull.  It is hoped that the play will be toured in other regions of the country later on in the year.

Although most of the performances will be for children receiving Gaelic medium education,  a number of schools with pupils learning Gaelic as an additional language will also have the opportunity to see the show.

The play features actors Megan MacLellan (Hùb) and Catriona Nicolson (Hàb). Originally from Mallaig, Megan is well-known as a presenter on BBC Alba’s  children’s programme Dè a-nis?  Catriona Nicolson has acted in a number of Fèisean nan Gàidheal’s theatre productions for schools including the Gaelic pantomime Marsaili agus a’ Bhleideag Airgid (Marsaili and the Silver Snowflake).  The play showcases the singing talents of both performers.

‘Seirm na Sìde’ was written and directed by Fèisean nan Gàidheal’s Drama Officer, Angus Macleod, with musical direction from Eilidh Mackenzie, Fèisgoil Manager.  Together they developed original songs and music for the play. The weather-themed costumes were produced by Laura Cowie. 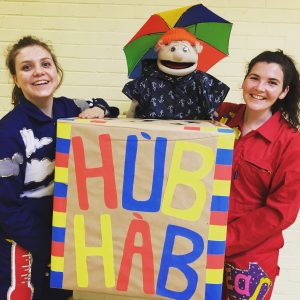 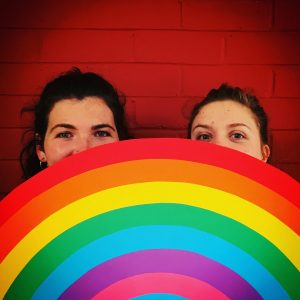