Fèisean nan Gàidheal and Eden Court often work in partnership to increase the opportunities for Gaelic speaking secondary school pupils to develop and produce plays in the language.  Information about our annual drama summer school can be found here Sgoil Shamhraidh Dràma.  For more information contact Angus Macleod at Fèisean nan Gàidheal by e-mail at angus@feisean.scot

There was a new format and name for the Gaelic Youth Theatre Festival in 2017. ‘An Lab’ (The Lab) was an all day event held on Thursday the 2nd and Friday the 3rd of November  at Eden Court’s One Touch Theatre with 11 participants. The new format proved very successful with MJ Deans providing direction with support from Angus Macleod and Catriona Nicolson. A public performance of participants work was held on the Friday evening which was based their retelling of the Selkie Bride story. 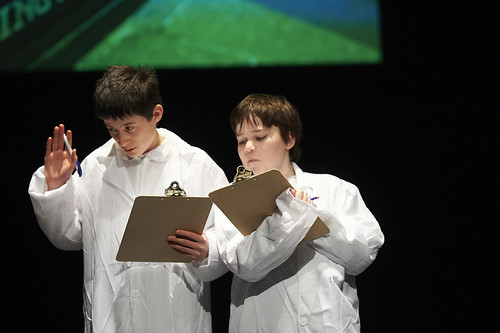 On the 5th of October 2017, four Gaelic Youth Theatres from Tain, Dingwall, Inverness and Glasgow participated in Fèis Thèatar Òigridh Ghàidhlig 2016, a Gaelic Youth Theatre Festival for Gaelic speaking teenagers. A total of 18 teenagers participated and had the opportunity to perform in a professional theatre with technical support from the team at Eden Court. Following rehearsals their plays were performed for secondary school pupils in the afternoon and a public performance was given in the evening.

As a result of the funding from Bòrd na Gàidhlig, our Drama Officer  established two groups in Tain and Dingwall and under his direction they developed and rehearsed two new Gaelic plays which were performed at the festival which was held at Eden Court Theatre.

Eden Court Creative and Fèisean nan Gàidheal are very grateful for funding received through Bòrd na Gàidhlig’s Gaelic Drama Network Fund 2015/16 which has enabled the development of the Gaelic Youth Theatre Festival since its establishment in 2013. 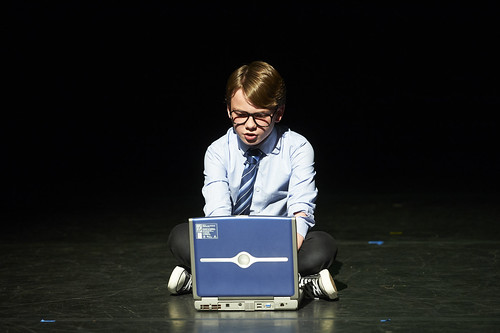 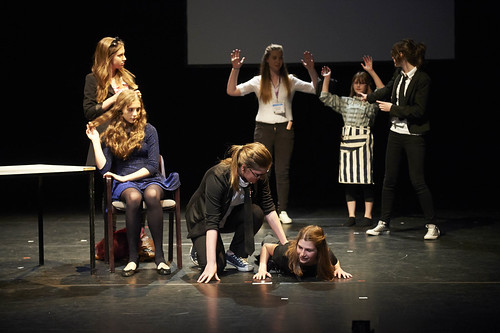 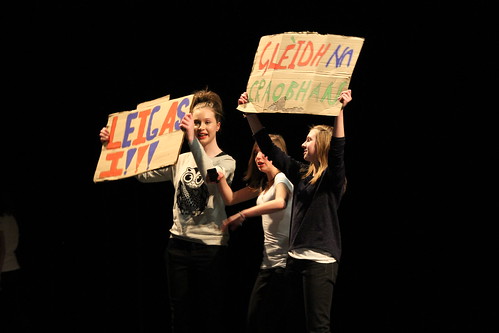 Fèisean nan Gàidheal Drama Officer, Angus Macleod, established two drama groups for Gaelic speaking teenagers in Dingwall and Tain with the aim of developing two new Gaelic plays to be performed as part of the festival.

On Monday the 18th of April 2013, the day of the festival, all participants gathered together at Eden Court and received additional time to rehearse before performing on stage at Eden Court’s One Touch Theatre.

Following a proposal from put forward by Dingwall Academy’s Gaelic Department, Club Dràma Oigridh Inbhir Pheofharain received another opportunity to perform their play for pupils and staff from Dingwall Primary’s Gaelic department on the morning of Tuesday 18th June 2013 at Dingwall Academy.