The residential School will take place in Portree between the 3rd and 14th of July* and is open to secondary school aged Gaelic speakers.

Any applicants from Skye that would prefer to stay at home and travel back and forth to the School during the week are welcome to do so.

It costs £150, with support available to low-income families through the Simon Mackenzie Trust (Urras Shìm MhicCoinnich).  As places are limited please apply as soon as possible using the online application form here.

The following promotional video about the School was filmed in Portree in 2017.

A video recording of the SSD 2018 performance of Call na h-Iolaire (The Iolaire Tragedy) at Kilmuir Hall on Friday 13th July.

Official photos taken of the SSD 2015 performance of DNA by Dennis Kelly at Àros on Thursday 16th July 2015. 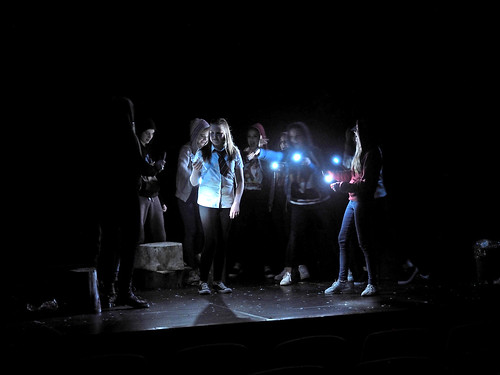 In addition to a stage performance, participants also get the opportunity to develop and produce a short Gaelic film for FilmG, MG ALBA’s Gaelic short film competition.  An archive of the short films submitted to the FilmG competition is available here: Sgoil Shamhraidh Dràma Shorts


Faigh Wi-Fi! by SSD2016’s for FilmG2017 short film competition won the award for Best Film in the youth category. 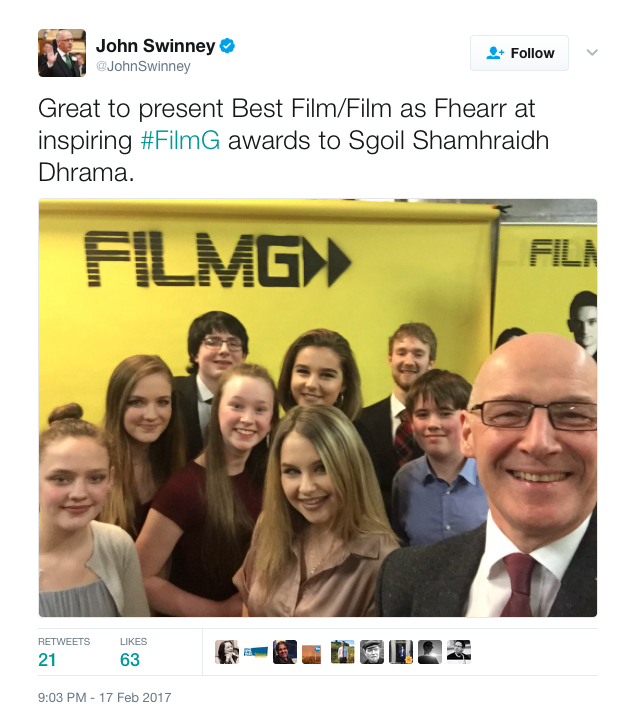 with the winning SSD2016 participants at the FilmG 2017 Awards Ceremony.

Gaol an t-Samhraidh by SSD2015