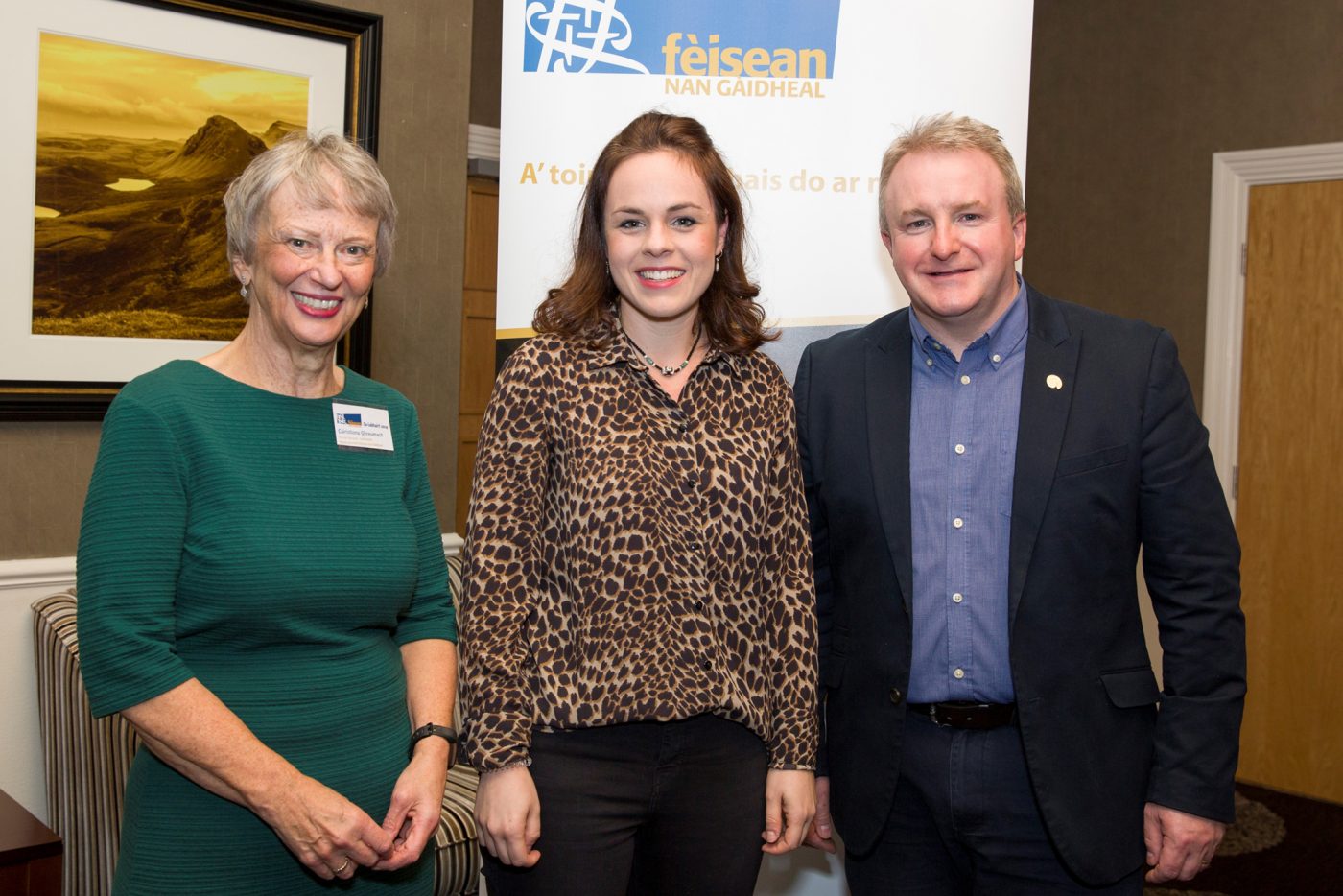 The Minister for Public Finance and Digital Economy, Kate Forbes MSP, attended the Annual Conference of Gaelic arts organisation, Fèisean nan Gàidheal, on Friday 27th September, where she congratulated it on one of its busiest and most successful years to date, which has seen the development of a brand new online resource for music tuition.

As well a review of the past year, in which the organisation engaged with nearly 80,000 participants, volunteers or audience members, the Minister heard about plans for Oide (Gaelic for tutor), a new progressive learning tool which will make music lessons accessible, initially in Gaelic singing, fiddle and accordion.  This brand new extension of Fèisean nan Gàidheal’s FèisTV service, funded by Creative Scotland, Bòrd na Gàidhlig and HIE, will offer lessons in a choice of Gaelic or English with the aim of ensuring anyone can learn Gaelic song or Scottish traditional music, no matter their age, ability or geographic location.  The resource will be available online shortly with further lessons being developed to include other instruments, providing further work for professional musicians.

Kate Forbes MSP commented: “I would like to congratulate Fèisean nan Gàidheal on a fantastic resource.  The Fèisean movement is renowned for its work in opening up Gaelic culture and arts to the wider world and this new initiative can only increase the opportunities for those who wish to engage with the Gaelic language.”

Delegates at the conference, held at the Kingsmills Hotel, Inverness, heard about a very successful year for Fèisean nan Gàidheal with the launch of its Annual Report outlining the impressive programme of events, workshops and projects which took place throughout 2018-19 as the Fèis movement celebrated Scotland’s Year of Young People.

The varied programme delivered Fèisean nan Gàidheal’s aspiration of supporting the creative development of young people, giving them opportunities to further their skills and knowledge within Gaelic arts, culture and language in communities and schools across Scotland.  Almost 80,000 people were engaged as participants, volunteers or audience members at events which included individual Fèisean, the Blas Festival, Cèilidh Trails, a Gaelic Drama Summer School, a Gaelic Pantomime, a Gaelic residential week in Lewis and Fèisgoil sessions in schools.

“Funding secured from EventScotland allowed us to engage further with our young people in delivering a range of projects and opportunities, putting them at the helm during the Year of Young People.  They were the key decision-makers in relation to events during the Blas Festival, which was the only signature event in the Highlands organised to celebrate the year and involved over 750 young people who performed alongside some of their musical heroes, chosen by themselves, including Skipinnish, Breabach and Trail West.”

“Our member Fèisean also delivered a tremendous programme of opportunities for young people throughout Scotland and I would like to extend my thanks to all our volunteers who give of their time to support the development of Gaelic arts, language and culture.”

Arthur Cormack, Chief Executive, Fèisean nan Gàidheal, added: “Fèisean nan Gàidheal is always grateful for the support of its funders and our team is focused on making the work of hundreds of volunteers more enjoyable and less onerous.  Our Annual Conference is an opportunity to thank them for all they do.”

“Alongside Year of Young People events, other highlights included the further development of FèisTV, a streaming channel to bring events to a wider audience across the world and the increased interest in our education service, Fèisgoil. The proliferation of Gaelic Language Plans offers the potential for Fèisgoil to continue flourishing and more employment opportunities arose with tutors delivering Blasad Gàidhlig (Gaelic taster sessions) to over 20,000 school pupils in schools in Highland, Falkirk, Perth & Kinross, East Ayrshire, South Ayrshire, North Lanarkshire, Argyll & Bute, Edinburgh and Glasgow during 2018-19.”

Delegates also heard presentations about upcoming projects, marketing, working with teenagers and a special conversation with tradition bearer, piper and singer, Rona Lightfoot, whilst enjoying music from some of the talented young participants from two Inverness based Fèisean – Fèis na h-Òige and Fèis a’ Bhaile – and Nairn’s Fèis Inbhir Narainn.

Download a copy of the organisation’s Annual Report here.